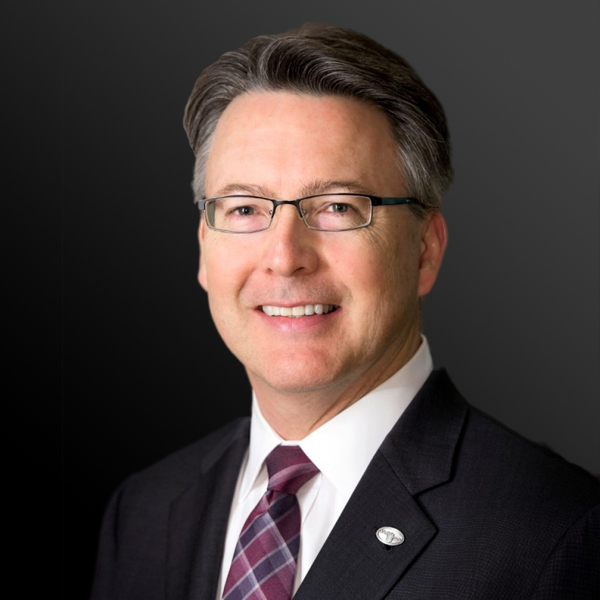 Timothy D. Sands is the 16th president of Virginia Polytechnic Institute and State University, joining the university in June of 2014. A scientist, educator, and inventor, he has dedicated much of his career to advancing the impact of research and innovation in public education.

As president, he has engaged the university community in a visionary plan called “Beyond Boundaries” to advance Virginia Tech’s role as a global land-grant institution. His foundational projects include: leveraging signature strengths to attract talent and generate cross-disciplinary creative energy, reimagining the residential Blacksburg campus to provide robust and adaptable infrastructure, expanding the Virginia Tech Carilion Academic Health Center to drive economic opportunity and NIH-funded research in the Blacksburg-Roanoke Region, and launching a 1-million-square-foot foot Innovation Campus in Northern Virginia to support the commonwealth’s economy with leading programs in computer science, software engineering, machine learning and artificial intelligence.

Before coming to Virginia Tech, President Sands was executive vice president for academic affairs and provost of Purdue University, serving as acting president in 2012.  He earned a bachelor’s degree with highest honors in engineering physics and a master’s degree and doctorate in materials science from the University of California. He is a fellow of the Institute of Electrical and Electronics Engineers, the Materials Research Society, and the National Academy of Inventors, and a member of the Economic Club of Washington, D.C.

President Sands is joined at Virginia Tech by his wife, Dr. Laura Sands, a professor of gerontology in the Department of Human Development and Family Science in the College of Liberal Arts and Human Sciences. Follow President Sands on Twitter and Instagram at @VTSandsman.