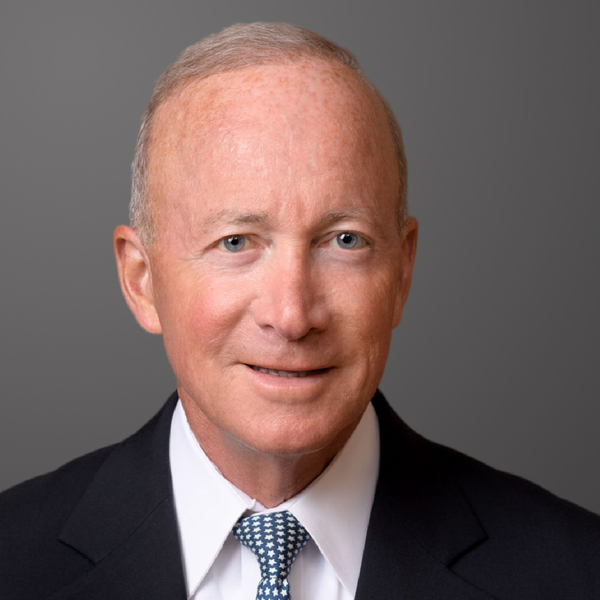 Mitchell Daniels, Jr. became the 12th president of Purdue University in January 2013, at the conclusion of his second term as Governor of the State of Indiana.

At Purdue, Daniels launched a series of initiatives called Purdue Moves that provide bold answers to some of the greatest challenges facing higher education today. The four pillars of Purdue Moves—affordability and accessibility, transformative education, world-changing research, and STEM leadership—leverage Purdue’s historic strengths and promote investment in new ideas, guiding the university in its mission to deliver higher education at the highest proven value.

Daniels has made student affordability and student success top priorities, pledging to keep a Purdue education within reach for students and families. Breaking with a 36-year string of increases, Purdue commenced a series of tuition freezes in 2013 that will last through at least the 2016-17 academic year. During that same time, room and board costs were cut by 5 percent and have remained steady since 2013, resulting in an overall decrease in the cost of attending Purdue since Daniels took office that year. A first-of-its-kind partnership with online retailer Amazon.com is also saving Purdue students an average of 30 percent on their textbooks each year.

Thanks to these and other efforts to reduce student costs where feasible, Purdue student borrowing has dropped 23 percent—leaving graduates and their families with some $50 million to invest in other dreams.

Daniels has also called for greater accountability in higher education, launching the Gallup-Purdue Index, a new method for measuring the value of a college degree. Other top priorities include accelerating growth in three areas that are key to the national economy and which support Purdue’s strengths (engineering, technology and computer science); infusing resources in selected areas of research, particularly plant sciences to feed the world; and facilitating commercialization of research.

Often called a “man of the students,” Daniels can often be found eating dinner in a dining court, exercising alongside students at the campus recreational center, or chatting with students outside on a nice day. He also teaches a course each semester for students in the Honors College on one of his favorite topics, “The Great War and Its Continuing Aftermath.”

Daniels came to Purdue University at the conclusion of his term as the 49th Governor of Indiana. He was elected Governor in 2004, in his first bid for any elected office. He was re-elected in 2008, receiving more votes than any candidate for any public office in the state’s history.

During his first term, Daniels spearheaded a host of reforms aimed at improving the performance of state government. These changes and a strong emphasis on performance measurement have led to many state agencies, including the Bureau of Motor Vehicles, Department of Child Services and Department of Correction winning national awards.

In 2005, he led the state to its first balanced budget in eight years and, without a tax increase, transformed the nearly $800 million deficit he inherited into an annual surplus of $370 million within a year. The governor also repaid hundreds of millions of dollars the state had borrowed from Indiana’s public schools, state universities and local units of government in previous administrations, and reduced the state’s overall debt by 40 percent. Daniels left Indiana with a budget in surplus, reserve funds equal to nearly 15 percent of annual spending, and its first AAA credit rating.

Daniels’ first legislative success created the public-private Indiana Economic Development Corporation to replace a failing state bureaucracy in the mission of attracting new jobs. In its first four years of existence, the agency broke all previous records for new jobs in the state and was associated with more than $18 billion of new investment. In 2008, Site Selection Magazine and CNBC both named Indiana as the Most Improved State for Business in the country. In 2012, Indiana became the 23rd Right-to-Work state. Indiana now ranks favorably in every national ranking of business attractiveness and job creation.

Daniels’ innovations include the 2006 lease of the Indiana Toll Road. This is the largest privatization of public infrastructure in the United States and generated nearly $4 billion for Major Moves, the state’s record-breaking 10-year transportation and infrastructure program. The Healthy Indiana Plan was enacted in 2007 to provide healthcare coverage for uninsured Hoosier adults, and comprehensive property tax reforms in 2008 resulted in the biggest tax cut in Indiana history. Both initiatives received overwhelming bipartisan support, and Indiana remains among the states with the lowest property taxes in the nation.

In 2011, under his guidance, Indiana passed the most sweeping education reforms in the country, including the nation’s first statewide school choice voucher program. Because of these reforms, Indiana is dramatically expanding charter schools, providing parents with more school choice, revising teacher evaluations and expanding full-day kindergarten funding. In 2010, he established WGU Indiana, a partnership between the state and Western Governors University aimed at expanding access to higher education for Hoosiers and increasing the percentage of the state’s adult population with education beyond high school.

Daniels has been called to testify before Congress on numerous occasions.

President Daniels also comes from a successful career in business, holding numerous top management positions. From 1987-1990, Daniels served as the CEO of the Hudson Institute. In 1990, he accepted a position at Eli Lilly and Company, the largest corporation headquartered in Indiana at that time, and eventually held the role of president of the company’s North American Pharmaceutical Operations.

Daniels also serves on the corporate boards of Cerner Corporation and Interactive Intelligence.

In February 2013, Daniels was asked to co-chair the National Research Council’s Committee on Human Spaceflight, which reviewed the state of the U.S. human spaceflight program. The 18-month appointment culminated in June 2014 with the submission of a report that is helping to guide the sustainable future of the United States’ human spaceflight program. Daniels also co-chaired the Council on Foreign Relations’ 2014 taskforce on non-communicable diseases, which examined the challenges of treating these diseases in low- and middle-income countries, and the selection committee for the Aspen Institute’s 2015 Aspen Prize for community college excellence.

He currently serves as a co-chair of the Committee for a Responsible Federal Budget and, with U.S. Senator Mark Warner, he co-chairs the Aspen Institute’s Future of Work Initiative, a yearlong non-partisan effort to identify ways to strengthen America’s 21st-century workforce.

Daniels is also a board member of numerous non-profit organizations, including the Urban Institute and the American Academy of Arts & Sciences’ Commission on Post Secondary Education.

In recognition of his leadership both as Governor and as president of Purdue University, Fortune magazine named President Daniels to its list of the top 50 world leaders in March 2015.

Many other organizations have also recognized his leadership. In 2008, Governing magazine named him Public Official of the Year. In October 2010, Daniels received The Woodrow Wilson National Fellowship Foundation’s inaugural Medal for Distinguished Service to Education for his efforts to reform education. In January 2011, he was one of three recipients selected to receive the first-ever “Fiscy Award”, presented for leadership and commitment to responsible financial stewardship by the non-partisan Fiscy Awards Committee. In May 2012, the Manhattan Institute presented the governor with its Alexander Hamilton Award for his achievements in state government; including healthcare improvements, landmark education reforms and fiscal responsibility.

The governor’s conservation efforts have set aside record acreages of protected wetlands and wildlife habitats. In March 2011, Daniels was a recipient of the Wetland Conservation Achievement Award from the national conservation organization, Ducks Unlimited, for “making land conservation a top priority and for preserving thousands of invaluable acres across the state for future generations.” In January 2012, he received the Chancellor Award for Conservation and Wildlife Protection from the Weatherby Foundation and in March 2012, he also was awarded the Theodore Roosevelt Award from the Indiana Wildlife Federation. His efforts earned him the nickname “The Teddy Roosevelt of Indiana” by the Nature Conservancy.

Daniels received the Woodrow Wilson Award from Princeton University in February 2013. The award recognizes an alumnus whose career embodies the call to duty in Wilson’s famous speech, “Princeton in the Nation’s Service.” He was also the recipient in June 2013 of the Bradley Prize from the Milwaukee-based Lynde and Harry Bradley Foundation. The award recognizes accomplishments that “strengthen American institutions.” In announcing the prize, the foundation stated that Daniels “established himself as an economic reformer who guided Indiana through the recession with a budget surplus and a firm foundation for economic growth.”

In recognition of his economic and fiscal leadership as Governor, Daniels received the inaugural Savas Award from the Concord Coalition in June 2015.