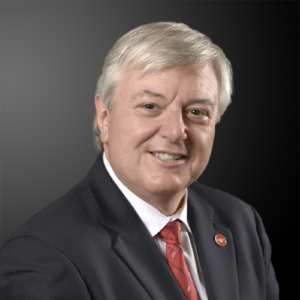 Michael Amiridis is Chancellor of the University of Illinois at Chicago (UIC). UIC, with a budget of nearly $3.4 billion, is the largest university and the only Carnegie I public research institution in the Chicago region. The university serves over 32,000 students in 15 colleges.

In his nearly 4 years at UIC to date, the university has experienced record enrollments each year and is undergoing the most ambitious construction projects on campus in decades. Chancellor Amiridis, a National Science Foundation CAREER winner at the beginning of his career, was elected a fellow of the American Association for the Advancement of Science (AAAS) in 2012 and a fellow of the American Institute of Chemical Engineers (AIChE) in 2015. His research in catalysis has resulted in over 110 peer-reviewed journal publications, more than $18 million in external research funding and two patents. Amiridis is a member of the Board of the Chicago Council of Global Affairs, the National governing boards of the Hispanic Association of Colleges and Universities and the Urban Serving Universities.