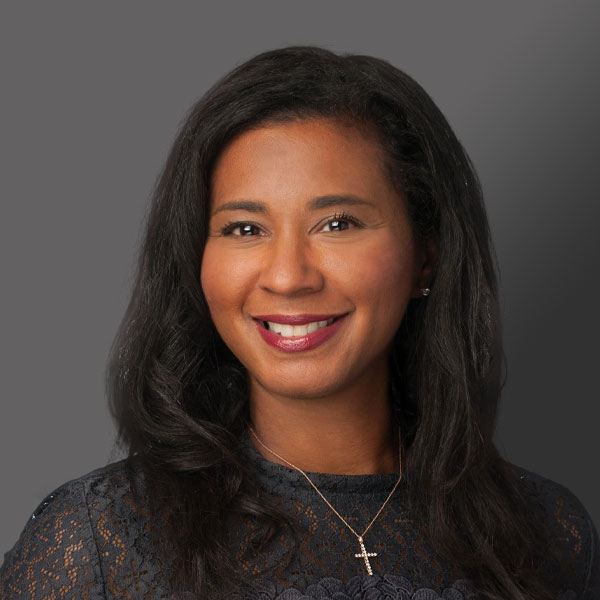 Aimée Eubanks Davis is the founder and CEO of Braven, a nonprofit organization that was established in 2013 to ensure that first-generation and low-income college students have the skills, confidence, networks and experiences they need to land strong first jobs. Growing up in low-income and underrepresented communities in Chicago and working with young people from similar backgrounds, Aimée was inspired to start Braven based on her deep passion and belief that our next generation of leaders will emerge from everywhere. Braven operates in the Bay Area, Chicago, Newark, and New York City and has worked with 1600 Fellows.

Aimée spent the majority of her career at Teach For America. In 2002 she joined the TFA staff as Vice President of New Site Development, helping to grow the organization’s presence into Miami and Philadelphia, as well as doubling TFA’s presence in New York City. In 2003, Aimée moved to the regional operations team, where she managed Teach For America’s executive directors and helped ensure maximum impact in each of the organization’s 22 regions.

In 2005, Aimée became the Chief People Officer, and oversaw the organization’s staff growth from 200 to over 1800 staff members. Additionally, she worked on the development of a comprehensive competency model for staff recruitment, selection, performance management, and learning and development, and ensured that the Human Assets team was positioned to fuel the growth and success of Teach For America through being a strategic business partner to organizational leaders and teams. In 2011, Aimée took on the expanded role of executive vice president of People, Community and Diversity, leading our work to uphold TFA’s commitment to diversity and to build an organization that is a model of fairness and equality. From 2013 to early 2015, she led TFA’s Public Affairs and Communications teams before departing to devote her full energies to Braven.

Before joining Teach For America’s staff, Aimée was a program officer at The Breakthrough Collaborative (formerly Summerbridge National) and, prior to that position, she led the Summerbridge New Orleans site to become one of the most successful sites in The Breakthrough Collaborative. Aimée, a graduate of Mt. Holyoke College, was a 1995 Teach For America corps member and taught sixth grade social studies and language arts in New Orleans.

Aimée holds many affiliations, including being a 2020 Leadership Greater Chicago Fellow, 2019 Obama Foundation Fellow, Pahara-Aspen Fellow, a member of the Global Aspen Leadership Network, a Braddock Scholar, a Draper Richards Foundation Entrepreneur and a Camelback Ventures Fellow. She also sits on the boards of Education Pioneers, Relay, and OneGoal.

Aimée was named a Luminary by The 1954 Project and was #13 on Essence Magazine’s 50 Black Women Founders to Watch list. Braven has been featured in New York Times bestselling author George Anders’ book You Can Do Anything: the Surprising Power of a ‘Useless’ Liberal Arts Education, in author Kathleen Kelly Janus’ book Social Startup Success, The Atlantic, Harvard Business Review, WIRED, Chicago Sun-Times, Forbes, The Chronicle of Higher Ed, The Chicago Tribune, and on WBEZ . She recently moderated a panel with President Obama, David Simas, and Valerie Jarrett related to the opening of the Presidential Library and also gave a TED talk for The Way We Work series. Aimée resides in Chicago with her husband, Marcus, and their three children, Hudson, Aïda, and Esmé. You can find her on Twitter @EubanksDavis.