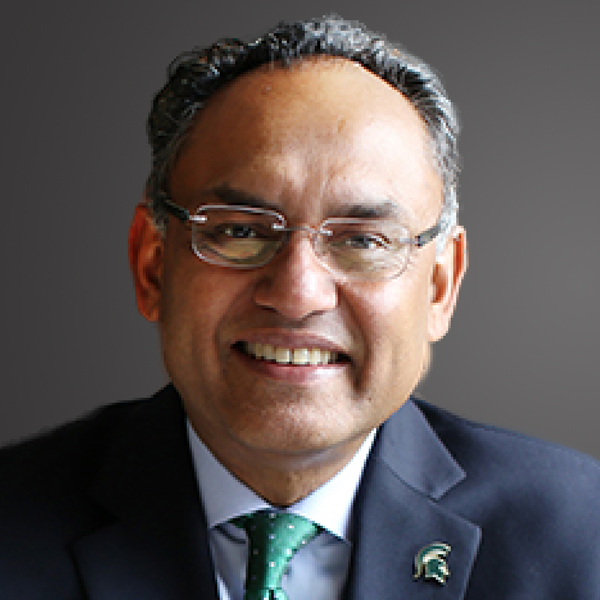 Sanjay Gupta is the Eli and Edythe L. Broad Dean of the Eli Broad College of Business at Michigan State University.

Gupta joined the Broad College in 2007 as the Russell E. Palmer Endowed Professor of Accounting and chair of the Department of Accounting and Information Systems, and was appointed associate dean for the MBA and professional master’s programs in 2012. Under his leadership, Broad has instituted curricular innovations, launched new master’s programs, and soared in global and national rankings—currently in the top 15 U.S. public programs.

Gupta previously held several positions at Arizona State University’s W. P. Carey School of Business, including the first Henry & Horne professorship in accountancy, and director of the master of accountancy and information systems and the master of taxation programs.

Gupta’s research on corporate and individual tax policy issues and the interaction between taxes and financial reporting has been published in top-tier academic journals, cited in media and court cases, and presented at public policy forums. He ranks in the top 2 percent of authors in the Social Science Research Network. He consults for government, and public and private entities, serves on advisory boards, and on AACSB’s accreditation review teams.

Gupta earned his Ph.D. from MSU, a master of accountancy from Bowling Green State University, a bachelor of laws from Calcutta University, and a bachelor of commerce from the University of Mumbai. He holds a non-practicing CPA and membership of the Institute of Company Secretaries of India.