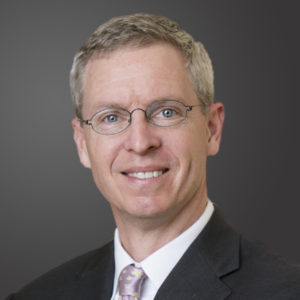 Prior to joining UMUC Ventures, Roark served as a vice president at Strayer University for the past seven years, leading its academic and institutional effectiveness operations. His major accomplishments at Strayer included transforming the academic experience of the lowest performing students, resulting in a nearly 50 percent improvement in one-year success rates for first-time students. Roark also drove a redesign of the math curriculum using adaptive curricula and a tutoring-based pedagogy to eliminate the need for remedial math courses while also moving graduates’ quantitative skills above national averages.

As a presidential appointee in the U.S. Department of Education (2009–2010), Roark served as chief administrative officer to the Deputy Secretary of Education. In that role, he helped to make the core operating processes more consistent across 100 grant programs, which enabled better risk management, policy alignment and program impact.

In four years with AOL (2006–2009), including as chief financial officer for AOL Europe, Roark restructured operations into a unified global organization spanning three continents and reducing costs by more than 50 million Euros. In addition, he supported the company’s transformation group and partnered with operating executives to expand audience, deepen usage and improve monetization.

Roark served as chief financial and administrative officer at The Corcoran Gallery of Art and College of the Arts and Design in Washington, D.C. (2001–2005). During his tenure, the regionally accredited college enrolled 3,000 students and the museum welcomed some 300,000 visitors a year. He oversaw an institutional budget of $22 million and a portfolio that included information technology, human resources, retail operations and food service, as well as facilities and security.

As a consultant and project leader at the Boston Consulting Group (1996–2001), Roark worked in the media, technology and consumer goods sectors, where, among other engagements, he built an acquisition strategy in the computer training industry and start-up plans for a manufacturing company and an e-commerce company.

Roark earned his bachelor’s degree in history from Stanford University and his MBA from the Kellogg School of Management at Northwestern University.