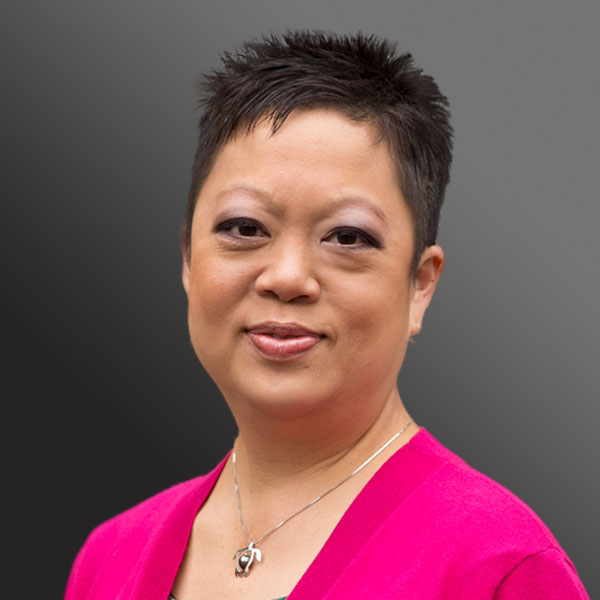 At all but one campus where she has worked, Luoluo has taught undergraduate and/or graduate-level courses and been an affiliated faculty member in a variety of disciplines, including Kinesiology, Educational Leadership & Policy Analysis, Psychology, and Criminal Justice & Criminology.  Luoluo was also an Associate Professor of Women’s Studies at ASU and was tenured as an Associate Professor in Public Health Leadership & Education at UH Hilo.

Luoluo holds a BA in Psychology from Amherst College, a Master’s in Public Health from Yale University, and a PhD in Educational Leadership & Research from LSU in Baton Rouge. A nationally sought-after speaker and trainer in the areas of violence prevention, social justice, and leadership, Luoluo has delivered over 3,200 presentations, keynoted over 75 conferences and meetings, and authored several book chapters. Formerly a consulting editor for the Journal of American College Health (2000-2008) and recognized as a Fellow by the American College Health Association in 2006, Luoluo is the faculty coordinator for the American College Personnel Association’s Aspiring SSAO Institute and is a member of the Women’s Network Executive Council for the American Council on Education. She also completed a term as chair for the Pacific West Athletic Conference from 2011-2013.

An alumna member of the Delta Kappa chapter of Kappa Alpha Theta, Luoluo has volunteered with numerous rape crisis centers across the US and with Kiwanis and the Chamber of Commerce of East Hawaiˈi Island. She now serves on the Board of Trustees for the California Historical Society. Luoluo is the proud parent of two rambunctious felines: a 14-year-old orange tabby named Phoenix and a four-year old flame point Siamese who loosely answers to Daario Naharis and believes he is a dog. Luoluo can occasionally be found masquerading as a max-level 60 human warlock in World of Warcraft.