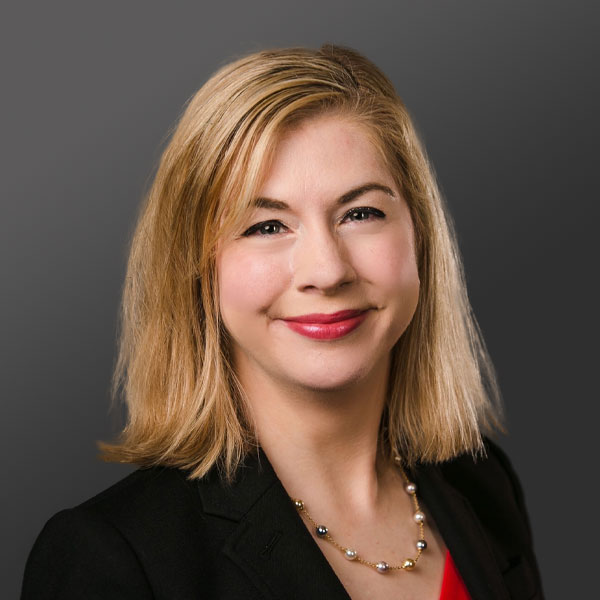 Jessica Sebeok, who is based in Washington, D.C., became Wiley’s Vice President for Global Government Partnerships and Public Policy in March 2022. In this role, she oversees Wiley’s efforts – across its education and research businesses – to advocate for favorable legislative, regulatory, and policy climates around the world to enable and then further Wiley’s mission to unlock human potential.

Jessica came to Wiley from Johns Hopkins University, where she served as Director of Policy and Research in President Ron Daniels’ Office. At Johns Hopkins, Jessica successfully helmed numerous projects, including creating the first permanent institution-wide shared governance body, advancing the university’s comprehensive policy initiative, and supporting new DEI and access endeavors. Prior to her time at Johns Hopkins, Jessica worked for seven years as Deputy Vice President for Federal Relations and Counsel for Policy at the Association of American Universities (AAU), a coalition of America’s leading research universities, where she led on matters related to intellectual property, information technology, technology transfer, and tax. In addition, as AAU’s policy counsel, Jessica worked closely with AAU’s General Counsel Committee on complex legal issues facing research universities, including spearheading AAU’s efforts on amicus briefs in a wide range of areas, such as immigration, admissions diversity, and intellectual property. She also made significant contributions in other AAU focus areas, ranging from campus speech and academic freedom and open and public access issues to Title IX, antitrust, and labor relations. Before joining AAU in 2014, Jessica served as Counsel for Policy and International Affairs in the U.S. Copyright Office; as Special Assistant to the Assistant Secretary for Educational and Cultural Affairs in the U.S. Department of State; as Assistant General Counsel of Yale University; and as Associate Counsel of Ithaka, a non-profit organization with a mission to make higher education and access to knowledge more affordable, improve outcomes for students and researchers, and to preserve knowledge for future generations.

Jessica is a graduate of the Yale Law School and a member of the New York and D.C. bars. She received her master’s degree in modern history from Oxford University, where she was a Marshall Scholar. She earned her undergraduate degree in history, with highest honors and as a member of Phi Beta Kappa, from the University of Chicago. Jessica is a member of the board of directors of the Association of Marshall Scholars and volunteers as an election judge in Montgomery County, Maryland. She originally hails from Bloomington, Indiana.