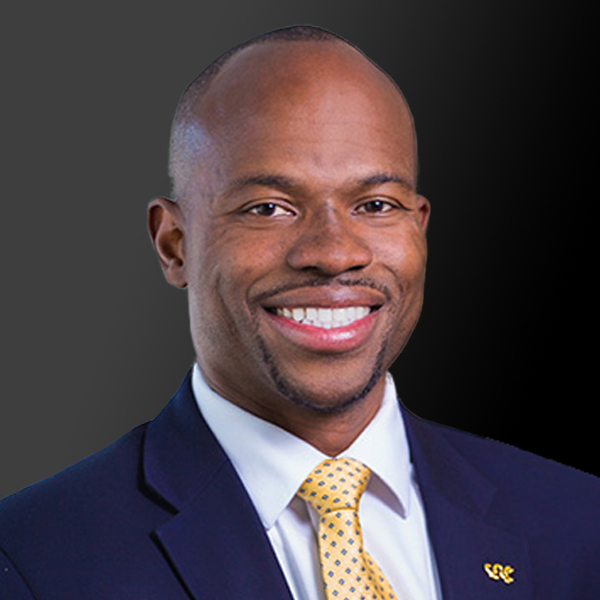 Brian Blake, as Provost and Executive Vice President, oversees the academic mission of the institution.  Brian is leading the strategic plan implementation that will enhance and highlight George Washington’s unique academic strength, and he is overseeing the enrollment strategy that will evolve GW’s student population.

Prior to joining GW, Brian served as provost at Drexel University where, during his time the university had its largest, most academically qualified freshman class, the University’s highest retention rate, the highest overall research activity in history leading to the University’s first-ever Carnegie Classification as a R1 Doctoral University: Very High Research Activity.  Blake also served as vice provost for academic affairs and dean of the Graduate School at the University of Miami, where he had oversight and advocacy of university-wide graduate programs (including the medical campus) and special responsibilities for the advocacy, enhancement, and policy matters regarding research programs for disciplines on the Coral Gables campus. Brian also served as associate dean for research & graduate studies and professor of Computer Science and Engineering at the University of Notre Dame.  He started his faculty career at Georgetown University where he served as chair of the Department of Computer Science, among other posts, and where he initiated the university’s first graduate programs in Computer Science.

Brian’s research focuses on internet computing and software engineering particularly for software systems that span enterprise systems. He has held distinguished professor positions in the Departments of Computer Science and Electrical & Computer Engineering with joint appointments in various Colleges of Medicine. He served on five National Academies’ studies or committees and on the National Science Foundation’s Advisory Committee for the Computer and Information Science and Engineering (CISE) Directorate. He has served as Editor-in-Chief of IEEE Internet Computing and has been funded by more than $12 million in sponsored research. Dr. Blake is an ACM Distinguished Scientist, IEEE Golden Core Member, and Governor of the IEEE Computer Society.