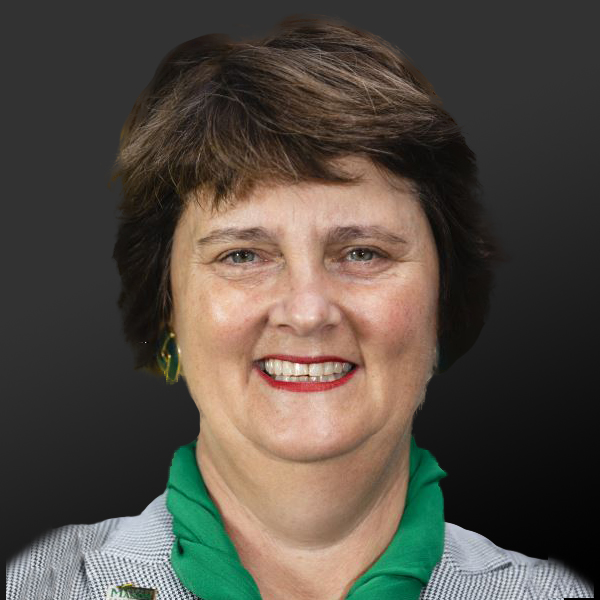 On Aug. 1, 2019, Anne Holton became the seventh president of George Mason University, the largest, most diverse and fastest-growing university in Virginia. The former Virginia Secretary of Education is the first female president in Mason history.

Since May 2017, Holton has served as a Mason visiting professor in the Schar School of Policy and Government and the College of Education and Human Development. Sh is serving as interim president while a national search is conducted for a permanent successor to Ángel Cabrera.

Holton leads one of the highest-achieving research universities in the country as determined by the Carnegie Classification of Institutions of Higher Education. With 38,000 students, Mason is equally committed to providing opportunity, accounting for 64 percent of public university enrollment growth in Virginia from 2010 to 2018.

Mason’s mission of access to excellence mirrors Holton’s impactful career in education law and public service, leading efforts on behalf of families and children. After earning her law degree at Harvard, Holton worked as an attorney for low-income families from 1985 to 1998 with the Central Virginia Legal Aid Society. She then served as a judge on the Juvenile and Domestic Relations District Court for the city of Richmond from 1998 to 2005, including a stint as chief judge from 2000 to 2003.

As Virginia’s Secretary of Education from 2014 to 2016, Holton worked to increase Virginia’s investment in public education, to promote innovation and teaching and learning in state schools, and to ensure every student has a successful pathway to the future, particularly children who live in poverty.

In addition to her work as a Mason visiting professor researching education, social welfare and urban policy, Holton is a visiting Fellow at Mason’s Center for Education Policy and Evaluation, which promotes equity and improved educational outcomes for all students by connecting research to policy and practice.

The Holton family also has a long history with Mason. Her father as governor in 1972 signed legislation that granted George Mason University its independence from the University of Virginia. That measure cleared the way for a state university to anchor the Virginia suburbs of Washington, D.C., resulting in the vibrant Northern Virginia of today. Mason in 2016 named a plaza on the university’s Fairfax Campus in honor of the elder Holton.

Anne Holton’s awards include Outstanding Woman of the Year in Law from the YWCA of Richmond in 2006 and the Annie E. Casey Foundation Families for Life Award of Distinction in 2008. In 2017, Virginia Gov. Terry McAuliffe appointed her to the Virginia Board of Education.