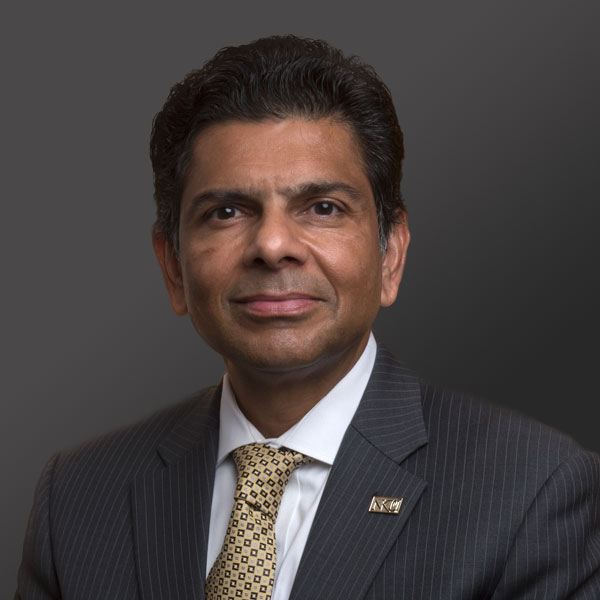 Dr. Ashish Vaidya has served as Northern Kentucky University’s sixth president since July 1, 2018, after being named on Nov. 9, 2017. As NKU’s president, Vaidya is responsible for championing the university’s mission and core values, charting an adventurous course and communicating the strategic priorities clearly with internal and external stakeholders. He works closely with the chair and members of the Board of Regents to achieve those priorities and strengthen the university and the community. Vaidya fosters a collegial and collaborative culture that capitalizes on the richness of the NKU community and furthers its commitment to access and inclusive excellence.

Vaidya most recently served a two-year term as interim president of St. Cloud (Minn.) State University, which is similar to NKU in size, scope and complexity. As interim president, he served as the campus CEO and oversaw all operations and the university’s strategic direction. He also managed SCSU’s $210 million operating budget.

Prior to his tenure as interim president at St. Cloud, he served as the university’s provost and vice president for academic affairs. Before SCSU, Vaidya served at two different campuses in the California State University system, where his last appointed role was special advisor to the president for regional economic development at Cal State Los Angeles. From 2010-2014, he served as Cal State L.A.’s provost and vice president for academic affairs. Prior to his tenure there, he was dean of faculty at Cal State Channel Islands, where he helped to build a new institution from the ground up.

Vaidya has published numerous books and articles, including serving as an editor of “Operationalizing Stewards of Place: Implementing Regional Engagement and Economic Development Strategies,” a 2015 publication of the American Association of State Colleges and Universities.  His extensive community work includes service on the boards of the Greater St. Cloud Development Corporation, the Initiative Foundation, the Northern Sun Intercollegiate Conference, Partner for Student Success and the University Economic Development Association, among others. He is a member of the AASCU’s Committee on Workforce and Economic Development and from 2014-16, he served as chair of the AASCU Research Engagement and Research Council.

Vaidya is married to Nita Vaidya, a sociologist. They have two children: Jaanhvi, a management consultant with Accenture; and Avaneesh, a 2018 graduate of the University of Arizona and a technology development associate at Optum; and Coco—the family’s pampered Chihuahua mix pet.